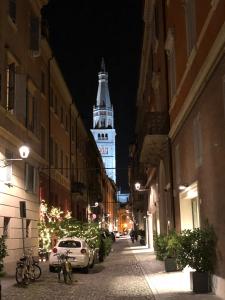 A whirlwind in my brain.  That’s what happens when I time-travel.

Stop, block this, I demand urgently, don’t go there, too painful, can’t change the past, etc, etc…

But I’m sticking to childhood stuff now.  Because it’s kinder.

My uncle gave me a beautiful doll stroller as a gift.  I was six or seven, and the present was overwhelmingly exciting.  Pushing it proudly along the paths of the local park, a pretty doll in the seat, and I the proud mommy.

But my brother got a super-cool, shining red sports car.  With pedals.  Zipping on the walking paths, he’d pass me strolling carefully with my ‘baby’, mocking me for being slow, while he owned the world.  And, yes, okay, a bit envious I was (who wouldn’t want to be behind the wheel of a dashing red car?), especially since it was a major project to be allowed to give it a spin  (please, please, just a quick drive?).

My brother grew into a taller, confident boy, a bit reckless perhaps.  The little red car didn’t, but it was always there.  Transported to my father’s country ancestral home in Colli al Volturno, a tiny village in the heart of Molise.  Now, this house was located in a exceedingly narrow vicolo, an alley not set up for modern automobiles, but efficient for donkeys carrying various wares.  Yeah, dear readers, going back a couple of centuries here.

But, good Lord, what a track it made for my brother’s little red race car!  He no longer fit in the seat of the car, so he worked it out in a different manner.  Just sat himself on top of the toy car, grabbed the steering wheel, lifted his legs over the front, and took off.  He couldn’t reach the pedals, of course, and the only brakes were his feet which would hit the ground when he was ready to stop.  The alley was on a hill, and a perilous curve was only a few meters away, as the narrow road plunged down, past our house and the dark barn that housed a restless, bad-tempered pig.

Guardatemi, shouted my brother, parto!  Here I go, pay attention.  And we did, my sister and I, our hearts beating with anxiety (he was bloody crazy after all), but somewhat excited by the fact that he was going to hit the speed of light with the little toy car, and perhaps smash into something or other, which would be quite entertaining  (we were young kids after all).  Screeching and rattling, the car and my brother rushed by us, and he deftly steered the wheel to avoid the stone walls.  Wow, what a rush! Honestly, I wish I could gather up the courage to emulate him, but no, just wasn’t going to happen.  Boys will be boys; girls, well, should be girls,ecco, and skinned knees were not on my priority list, budding fashionista that I was.  No matter the thrill.

Of course my sister and I (after the fact) eagerly reported to our mother about my brother’s irresponsible behavior, and a serious lecture was sure to follow, in addition to a couple of good knocks on the head, Sei matto, incosciente?

The ancient house is still there, the walls darkened by the passing of time, moss growing in the shadows, and the scent of the old and forgotten embraces the cheerless building.  There was vibrant life here, decades ago.  Then it became solely a summer house for us kids, not much appreciated, alas, often despised for replacing our beach vacation.

Now it sits there, gray, heavy with the lingering thoughts, secrets, joys and heartaches of generations of Di Sandro’s.

If you listen carefully to the silence of the stone walls, you will hear there is silence no more.

sanitation workers and traveling salesmen included.  It’s considered a sacred right, a well-deserved break, and nobody is going to touch it, damn it.  Okay, I grew up in the school, thus our summer vacations were exceptionally long, and we expected nothing less.  True, the blissful four-month summer break of my childhood no longer exists, but July and August (and often a hefty chunk of June), well, nobody is going to touch that for the teachers.  Now, I, living here in the ‘never-take-a-breath’ American mode, attempt to work (and continuously seek work) throughout the summer, so that civilized European God-given right doesn’t apply to me, but I guess I had my share of endless, lazy summers, back then when I still lived solely in Italian.  Around March/April, my father would bring up the subject: where shall we go this summer? Though it really meant part of the summer.  Simply because we already had our default destination for (usually) the month of August: Colli al Volturno, the minuscule village in the mountain of Molise, where my father’s childhood home was located.  Sunny days and cool nights, a star-filled sky to gaze upon when the streets became silent and deserted.  A tranquil, slow-paced, uneventful vacation that hardly deserved the name.  We allhated it.  Except my father, of course, whose barely concealed dream was to spend the rest of his life there (never happened).  An unbearably tedious place for teenagers looking for excitement, a painfully inconvenient location for my mother who would have to rely on the very limited food availability, unless my father drove her to the city nearby, Isernia, and a very small provincial city at that.  Anyway, there was always a real vacation in an acceptable

place.  Usually a sea resort, a ‘calm’ one, not the places I yearned to go to – the trendy, hopping beach villages patronized by the ‘cool’ population – but more like family-style Jersey Shore, type Long Beach Island.  There was not hanging out at the bars and discothèque of the moment till the small hours for us, but curfew at nine-thirty, sitting on the narrow balcony of the one bedroom we all shared, the glass doors closed to curtail the onslaught of the aggressive mosquitoes that would feast on us all night.  Listening to my father earnestly describe the constellations…and to the sounds of the lucky ones having fun in the bars further down the street.  Still, I have fond memories of those summer vacations, and appreciate (finally) how they were meant really for us kids, even though the locations were not our choice. It was a rare July that we’d go to a resort, or a hotel.  More times than not, my father rented a tiny apartment in a small sea town, within walking distance of the beach.  And walk we did, early in the morning (Svegli tutti, andiamo al mare!), schlepping bags and hats and sand toys and inflated life-savers.  Arrived at our lido, we opened our rented umbrella, dragged over the beach chairs (also rented), and settled to spend the next several hours doing all the usual  beach things.  Then, tired, overheated and cranky, we’d walk back to the apartment, where my mother would immediately scramble to prepare il pranzo, barely taking a breath between chores (yes, of course, she had already

put all the bathing suits to soak in the bathroom sink, swept up the sand and hung the towels on the line to dry.)  No, no piece of cake for her, this working vacation, but it fulfilled its purpose: to have us children breathe in some fresh aria di mare, which would keep us healthy through the winter.  And it kills me that, for various reasons, I wasn’t able to follow that admirable tradition with my own children, here in the States.  No, they won’t have memories of familiar beaches, walks along thelungomare holding a cone of pistachio ice cream.  Or packing up the car with all the summer paraphernalia for our long ride per andare al mare.  Every blessed summer.  So bloody sad. 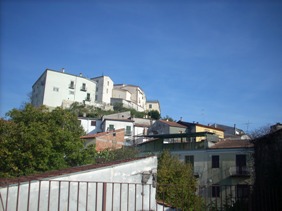